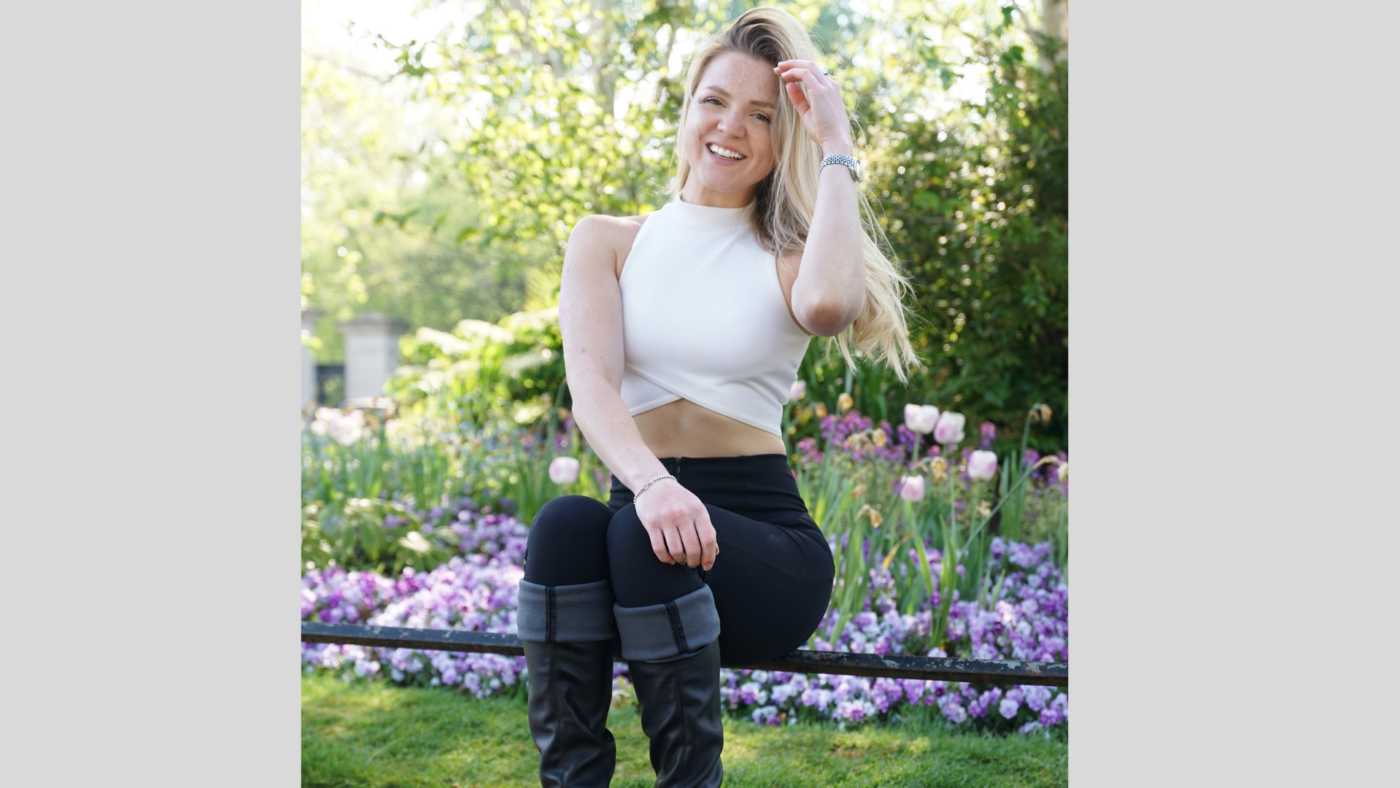 While still in school, she knew she wanted to be successful. She just had this drive in her, and loved the idea of putting on a suit every day and working in finance. So, at age 18, she began researching for placements to do right after she finished her exams. After a load of interviews and assessments, battling against graduates with master’s degrees in investment, she managed to get a position at one of the UK’s top financial firms, and was seen as “successful” form the outside.

Yet, after the honeymoon period had worn off, she realized that this world wasn’t for her. She was deeply unhappy and woke up every day dreading getting out of bed. She was so unsure of what to do. She knew that staying in that job would put her on the fast-track to a 6-figure income. But she also had a place at University waiting for her. And while she was working there, she’d started posting more fitness-related content on social media and was getting such a good response, she also started online personal training (online coaching). At first, she had no clue what she
was doing and it felt like a bit of side cash rather than something which would ever go anywhere. But she loved learning about business. So then, she went to study on the UK’s number 1 business degree. But, it made no sense to her. What she was learning wasn’t directly applicable to her online business. So after a year and a bit, she quit.
Throughout her career so far. you may see how she doesn’t keep at something just because she already got that far in. If it’s not working, she pivots. That was when she went even more ‘all in’ on everything she was doing, and hired her first couple of team members. From there, people began asking her how she built an online business, and she was trying to help so many people that it was getting unmanageable. That was when her idea for Impact School was born:
She realized that she was great at building online businesses, so she wanted to help others build theirs. And now, with over 30 team members, she is grateful that she gets to help aspiring entrepreneurs turn their existing experience and knowledge into online coaching/consulting/service businesses.

When she was starting out in the online world, she overcomplicated everything. She saw what big businesses were doing, and tried to do the same. She invested money in the wrong things and people. It took many mistakes, mostly trial, and error, to figure out what she needed to do to build a successful business within the complexities of the
entrepreneurship world. Most people thought she was throwing everything away and giving up because she chose to leave a “successful” job, where she had a safe career progression laid out for her. Online coaching was not as popular back then as it is now, so people gossiped about her for quitting her job in asset management and her family played the guilt trick on her for months.

But with constant hard work and determination, she managed to make it big and was awarded the following accolades:

Divas In The Business World - 2020Management

Advice to the budding entrepreneurs

When asked for her valuable insight for budding entrepreneurs, she told the tycoon media “Study and learn from the people who have gone from where you are now to where you want to be! With the right guidance and knowledge, you can build a business you’ve only ever dreamed of. Secondly, bet on yourself and understand that it’s possible. There will be naysayers and doubters, but stay true to yourself and what you want to do in life and in business. Regret is more painful than failure”.

I truly believe that you never lose, you learn. And that you get to make your own luck. Finally – remember this quote from Les Brown “The graveyard is the richest place on earth because it is here that you will find all the hopes and dreams that were never fulfilled, the books that were never written, the songs that were never sung, the inventions that were never shared, the cures that were never discovered, all because someone was too afraid to take that first step, keep with the problem, or determined to carry out their dream.”