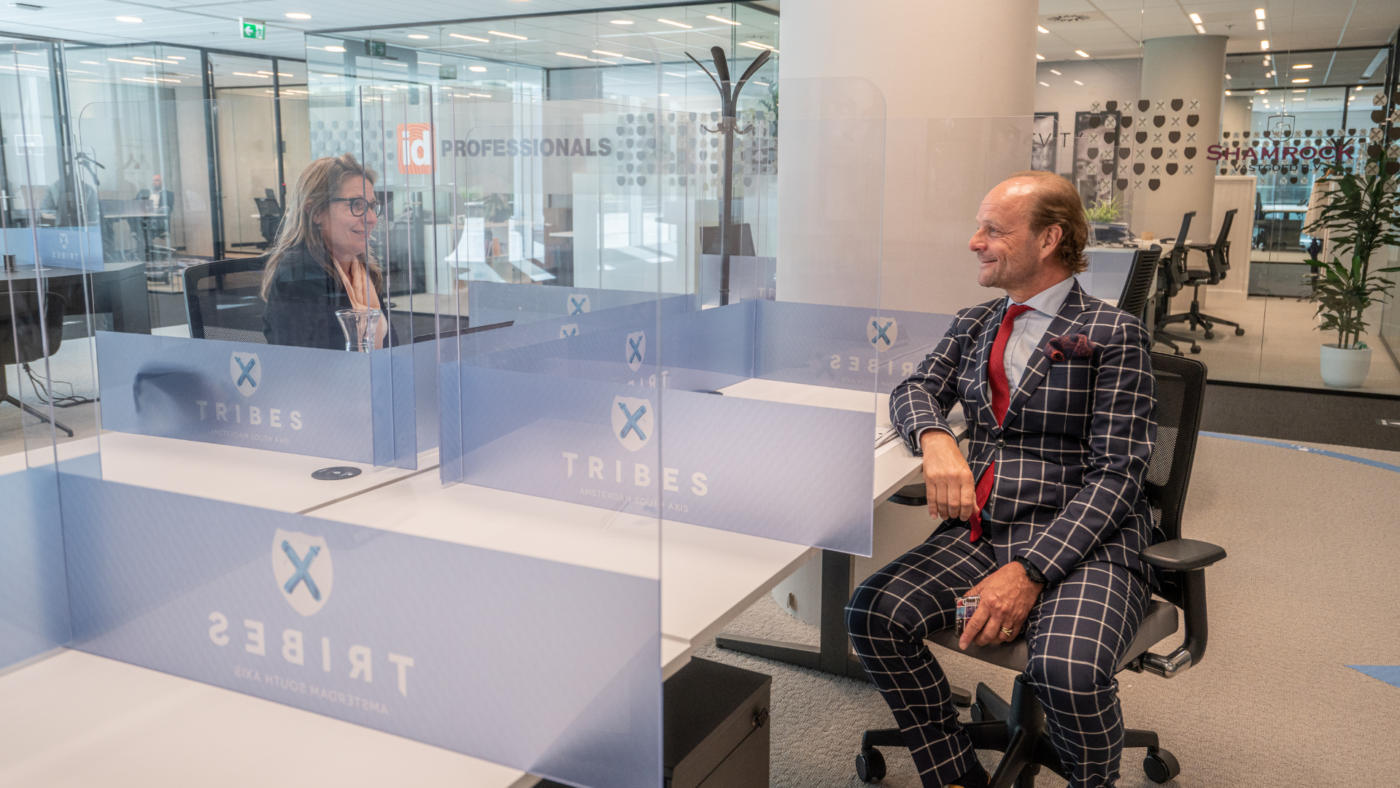 Eduard Schaepman, a Dutch real estate entrepreneur and the founder of Tribes Inspiring Workplaces. started his career as a marketing manager at Mees & Hope and Robeco. Between 1997 and 2013, he held various management and board positions at large multinationals such as Fortis Group and euroShell. In 2013, he became the CEO of the Chalet Group, which under his leadership grew into one of the largest private real estate investors in the Netherlands.

In 2015 he launched his own innovative office concept: Tribes Inspiring Workplaces. Tribes now offer flexible and inspiring workplaces, offices, meeting rooms, and business addresses at locations in the Netherlands, Brussels, and Germany. Within a short period of time, this concept will be global, offering a large network of inspiring meeting places.

Tribes is more than just a great place to work. It’s a modern fireplace, where you can meet like-minded professionals who come from all places over the world. You can also boost your creativity, by all the stories, hidden treasures and amazing design in the locations. All the Tribes locations have a different design, based on one of the nomadic tribes from all over the world. So everywhere you go, you’ll find different colors, materials, and most of all, stories from which they – the business nomads who just need a laptop, WiFi, and mobile phone to work – all can learn. For example, the Kazakh (in the location in Rotterdam), have invented ‘drones’ ages ago. With their Golden Eagles, they could scan the entire area for intruders and prey. They knew the importance of an ‘eagle-eye’ view to do their business – hunting, which you need as an entrepreneur just as much.

The biggest challenge they have to face in this industry is to explain to the building owner how much more value you can add to a building as an office operator. They don’t see the opportunities for substantial value creation and are not open to the less traditional business – in their eyes. Only now, when the consumer ‘pushes’ for short term contracts instead of the traditional long-term ones, the building owner seems to realize that he/she needs to move with the times to survive. They are used to work with a property/building manager, who is system-oriented, instead of client-oriented, which can result in much more value. As an operator, they always are looking for ways to satisfy the client, and thus generate more value.

His own major achievement is creating the Tribes concept. He said “ Who would have thought that such a – crazy – idea would be such a success. I mean, all those nomadic tribes are amazing, but a CEO modeling in its own commercial prints?! But the Dutch newspapers went crazy and headlines all over it. Our members also really love it, so it’s quite a personal accomplishment. Tribes’ major achievement is getting one of the biggest American private equity firms as a shareholder on board.

He says that his and the Tribes’ goal is the same which being the most unique and exclusive operator in the world. In the last years, he said he’s realized it’s not about quantity but about quality, and that’s what they want to realize. The number of locations will not be the most like global networkers, but they’ll offer the best services and quality.

His words of wisdom for the emerging entrepreneurs are “ Always stay close to yourself and be passionate about what you do. And I always follow these rules: