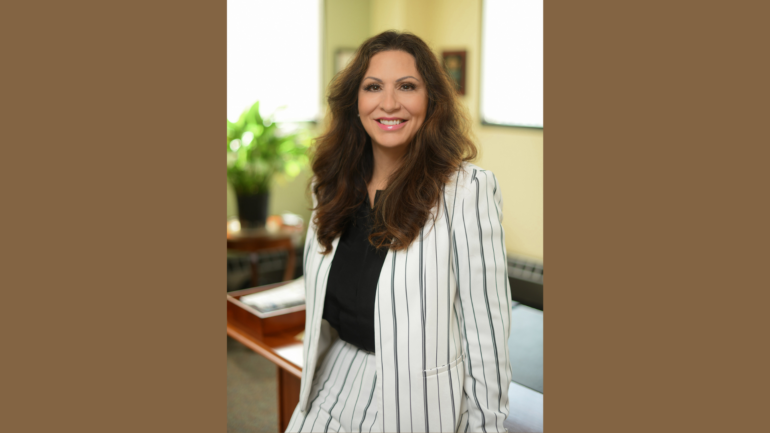 Meet Dr. Maria Ryan, Ph.D., APRN, The President, and CEO of Cottage Hospital. Dr. Ryan is known for her high-integrity, energetic leadership, and the ability to envision and create successful outcomes in complex situations.

Dr. Ryan has diverse healthcare and functional expertise, with a tenacious commitment to driving results and motivating staff to peak performance. She achieved a doctorate in healthcare administration and holds a master’s degree in the science of nursing. Dr. Ryan is board certified as a Family Nurse Practitioner with a specialty in Emergency Medicine.

Dr. Ryan has a distinguished career in for-profit, non-profit, tertiary care, and most recently, a critical access hospital. She has been the driving force behind Cottage Hospital’s many accomplishments such as being honored by the Norris Cotton Cancer Center at Dartmouth-Hitchcock Medical Center for taking a leadership role in a collaborative outreach program centered on cancer prevention and early detection. Cottage Hospital has received national awards such as a 2013 HealthStrong Award for Excellence in Efficiency, a 2014 HealthStrong Top 100 Critical Access Hospital by iVantage Health Analytics, and a Top 20 Best Practices in Quality designation by the National Rural Health Association. With Dr. Ryan’s leadership, Cottage Hospital was also the only hospital in New Hampshire, and one of eight in the country, to successfully attest to Meaningful Use Stage 2 in the first qualifying period. Additionally, Cottage Hospital was the recipient of the 2015 Business of the Year Award given by the Cohase Chamber of Commerce.

Dr. Ryan has been recognized on a national level as well. She was selected in Becker’s Hospital Review’s list of “Top Rural Hospital CEOs to Know” in the United States for seven years in a row. Amongst all hospitals, regardless of size, Dr. Ryan was identified again by Becker’s Hospital Review as one of “300 Hospital and Health System Leaders to Know.” She was selected as one of NH Business Review’s Outstanding Women in Business 2017. Maria received the Louis Gorin Lifetime Achievement Award for Excellence in Rural Health by the National Rural Health Association in 2019. Most recently, she was listed on NH Business Review’s “NH 200-The Granite State’s Most Influential Business Leaders” for Healthcare in 2020.

Her secrets to success are simple: Be transparent and passionate, have enthusiasm and insight, listen well and be visible.

Into the Shoes of Dr. Maria Ryan

Dr. Ryan started her career as a nurse’s aide in a nursing home when she was just 16 years of age. She married after high school and was a mother of three children by the age of 21. Despite her husband working two jobs and working as a nurse’s aide herself, they struggled to pay rent and often did not have enough food to feed their family.

Don’t fear taking a critical look at your strengths and weaknesses. Steadily and persistently polish and expand the natural talents that you have. You can work to improve some weaknesses, but don’t focus too much on them, instead surround yourself with a team who will complement you, and you them.

In order to get out of poverty, the couple began to discuss the idea of one of them going to college. The couple came to a mutual agreement that Maria would go to nursing school, as she had always excelled in math and science. After her first degree, she went on to continue her education and received a Bachelor’s degree in the Science of Nursing, followed by a Master’s degree in the Science of Nursing and Board Certified as a Nurse Practitioner. This enabled her to be a provider; in New Hampshire, a Board-Certified Nurse Practitioner does not need a Physician Supervisor. Finally, Maria pursued and received a Doctorate of Philosophy in Health Administration.

During her journey, Dr. Ryan worked her way up, starting off as a staff nurse, then a charge nurse, followed by a Director over multiple units, next she worked in Leadership but also worked as an Emergency Department Provider, a Chief Nursing Officer, and Chief Operating Officer until reaching her current role as a Chief Executive Officer. Her career has been in for-profit and non-profit organizations, as well as in Community and Tertiary care hospitals.

Founded in 1904 and Headquartered in Woodsville, NH, Cottage Hospital is an atypical rural hospital, as it is a designated trauma center.

As an expert businesswoman, Dr. Ryan is always looking for opportunities to expand and meet the needs of the people. She noted the lack of acute mental health care in the state of New Hampshire as well as neighboring states. She researched, developed, and implemented a specialized unit for older adults. This unit is named the Ray of Hope after long-time executive counselor Ray Burton. This unit takes referrals from New Hampshire, Vermont, Massachusetts, and Maine.

Dr. Ryan helped to solve a dire issue in her rural community by erecting the Rowe Health Center in 2015, and as a result, strengthening the primary care network in her service area. The Rowe Health Center is named after Dr. Harry Rowe who was an inspiration to all. Dr. Rowe served Cottage Hospital and the community for many years. He was one of the first providers to greet Dr. Ryan when she moved to Lisbon, NH. Dr. Rowe sponsored Dr. Ryan in joining the Wells River, VT, and Woodsville, NH Rotary. They became fast friends. Today the Rowe Health Center is home to Internal medicine, Cardiology, Endocrinology, Gastroenterology, Mental Health, and Podiatry Services. Cottage Hospitals Physical Therapy department is a source of great pride. The PT department receives referrals from Providers near and far due to their expertise and positive clinical outcomes. The hospital also takes referrals from other hospitals for emergency surgery as well as intensive care.

Dr. Ryan is a fierce defender of patient rights, and she eliminates all barriers for those who are seeking healthcare. She is one of the few CEOs who works tirelessly to keep prices at a reasonable rate.

Source of motivation and future goals.

Dr. Ryan describes herself as mission-driven as an individual and as a leader. She is motivated to work harder and smarter especially when she is protecting those who are vulnerable. This publication is confident we will see Dr. Ryan as a positive role model and in the future we will see her advocating for and lifting up the vulnerable and oppressed.

Sharing her perspective on the current scenario of the market Dr. Maria said: Leading a hospital is complex and has a lot of variables. Reimbursement continues to decline as employee wages continue to increase. The investment in technology is vast, and it is imperative to continuously implement cutting-edge cybersecurity. The healthcare workforce has been a struggle and will continue to be a struggle. Cottage Hospital invests in local high school graduates to start at entry-level hospital jobs, as well as in college scholarships to pursue medical lab technicians, Licensed Nurses Aides, Nursing and Physical Therapy roles. Cottage Hospital assists current employees who would like to advance their degrees and has also assisted registration persons and other roles obtain a registered nurse degree.

Dr. Ryan doesn’t consider herself to be in a competitive market at this time. Her previous hospital was a 400-bed tertiary care hospital in a very competitive market in Pennsylvania. She would consistently look for win-win situations for the patient and the hospital, and sometimes the insurance company. If great quality care is given and the patient gets out of the hospital in a timely manner, everyone wins.

Her Take on Challenges Faced by women in the corporate world and piece of advice to emerging professionals.

Dr. Ryan would tell any individual to always remain engaged, no matter the circumstance. Seek to understand those around you, don’t be afraid to take risks, and strive to always be visible.

She advises to not fear taking a critical look at your strengths and weaknesses. Steadily and persistently polish and expand the natural talents that you have. You can work to improve some weaknesses, but don’t focus too much on them, instead surround yourself with a team who will complement you, and you them. For instance, Dr. Ryan is a visionary and a strategist. She requires people who are very detailed oriented, so that is what she pursues. A highly functional senior-level team will fill in each other’s gaps!

Dr. Ryan believes that it is imperative to mentor others. Opportunities must be given to those who work hard and have talent. She believes that it is priceless for aspiring women entrepreneurs to see and be mentored by a strong, successful woman, to inspire them and show them that anything is possible, regardless of gender!