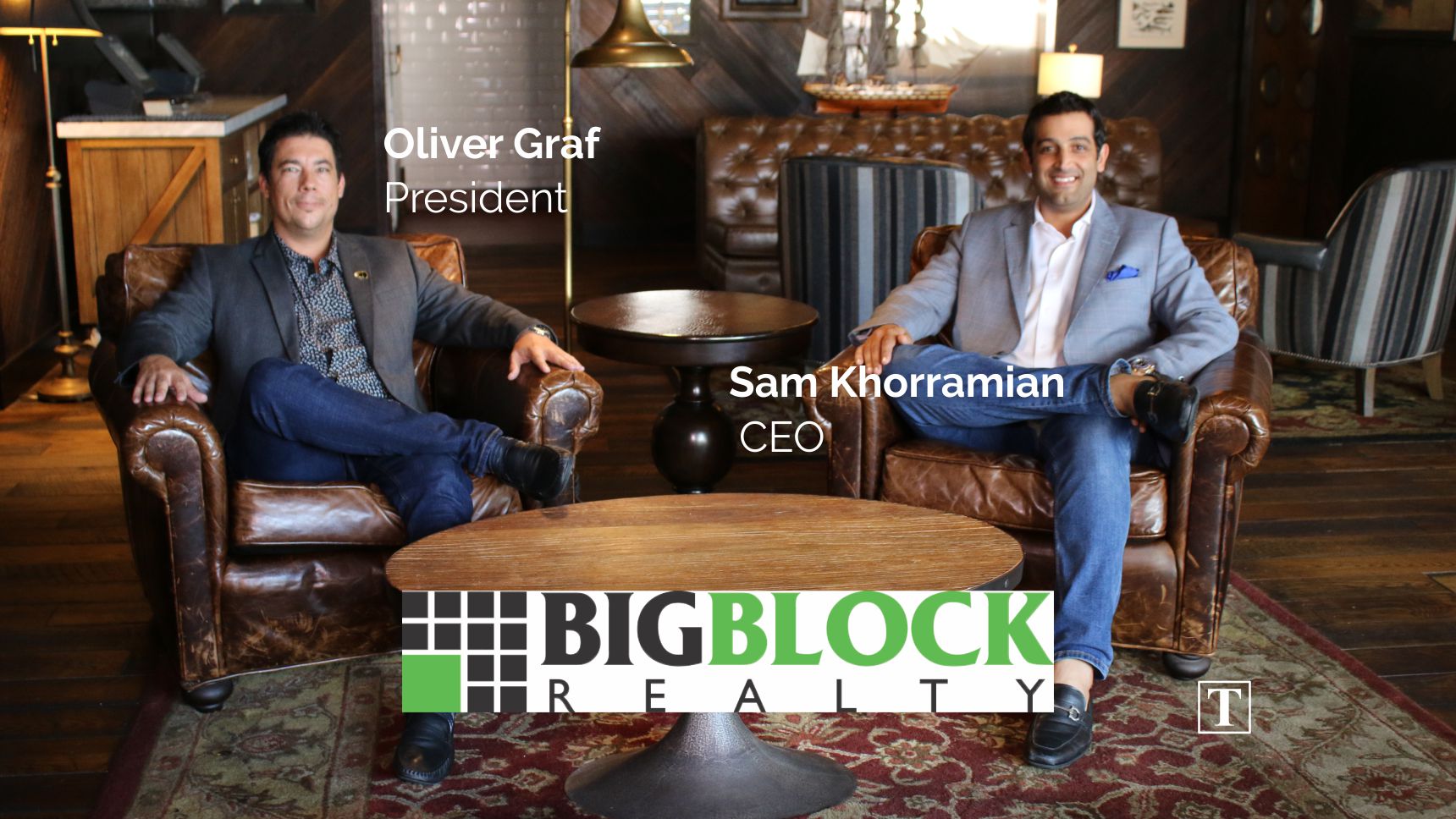 What makes real estate brokerage so successful is that it’s a scalable business and it’s always in demand. That means you can grow it as big as you want, depending on how much work you’re willing to put in. And because it’s a service-based industry, you generally don’t need a lot of start-up capital to get started.

So if you’re looking for an exciting and rewarding franchise business, then real estate brokerage is definitely worth considering. With hard work and dedication, you can make this venture into a huge success!

And one such real estate brokerage firm is Big Block Realty. Big Block Realty was founded in 2012 by Sam Khorramian (CEO) and Oliver Graf (President), who shared the same passion for entrepreneurship and loved the idea of starting a business together. The co-founders met while pursuing business degrees in college, and they both shared an interest in entrepreneurship and quickly became friends. Soon, the dynamic duo founded their first company—a clothing store—while they were both still in school. Since then, they have worked on projects ranging from online couch selling to event planning to print companies to online casino gaming websites—you name it, and Oliver and Sam have probably tried to start a business around it.

After a few years, the co-founders discovered their true calling and entered the real estate market, where they developed a novel model that offered agents 100% commission plans and the highest level of service. That venture was a big success, and they began to receive inquiries to franchise their concept. And that’s how Oliver and Sam started franchising Big Block Realty.

Big Block founders Sam and Oliver were sick of the traditional real estate brokerage model. They both felt like it was outdated and didn’t reflect the needs of real estate agents, and way people buy and sell homes today. So, they decided to start their own brokerage- one that was based on forward thinking principles.

The new brokerage would focus on giving agents, buyers and sellers a great experience, rather than just making money off of them. They believed that this would be the key to success in the long run.

They made the decision to launch a real estate agency, but not your typical brokerage; they sought to design something unique. Together, they established a brokerage that was 100% focused on service, maximum value, and customer experience (for their agents and clients). This business concept and method of dealing with an increasingly outdated real estate market were unique. And the co-founders were fortunate that it developed tremendously quickly, placing their company in the top 50 of the Inc. 500 three years in a row.

Following the initial business’s success, Oliver and Sam began receiving requests to open franchise stores from all over the nation. They kept hearing this, so they made the decision to use franchising to expand Big Block Realty. And their goal is to get to 100 franchise locations in the next 24 months.

Every business has its own set of challenges. For Oliver, choosing the right partners was a challenging task. He made the decision to partner with franchisees who shared their values and aspired to create a similar culture. As a result, he had to decline a lot of prospects because they didn’t feel they would be a good fit.

Not to mention, the most important thing for the co-founders is to introduce their culture to other markets. They genuinely believe in an agent-first philosophy, and finding people with the same energy and passion for creating an incredible culture is absolutely crucial.

A Special Playbook For Franchisees

Since launching Big Block Realty, Oliver and Sam have wanted to create a playbook for their franchisees. They wanted to ensure that franchisees had all of the tools they needed to succeed and that they were adhering to their philosophy of how and why the duo does things the way they do.  The co-founders devoted a lot of time and worked hard to create this playbook, which was well worth it. Their franchisees are currently among the most successful in the industry. These franchisees adhere to their concept, carry out their culture, and have a thorough understanding of their processes. As a result, they have been able to create successful businesses that are in line with the company’s values.

Under the guidance and exemplary leadership of Oliver and Sam, Big Block Realty has been recognized with numerous awards and accolades.

The Current Industry Scenario Of The Real Estate Industry

After being in the real estate business for several years, Oliver and Sam noticed that the real estate market is softening with interest rates rising. However, they believe now is a perfect time to increase market share. They are committed to providing their franchisees, agents, and clients with the most satisfactory service possible, and they believe this is the ideal chance to demonstrate their abilities to them. As the competition fades, Oliver and Sam believe that with their proven approach and commitment to excellence, they can continue to thrive regardless of market conditions. Their model enables their realtors to operate more profitably, which is why this sector is still expanding.

A Piece of Advice for Budding Entrepreneurs

Being a seasoned entrepreneur, Oliver advises the budding entrepreneurs. They say, “There’s no market that’s too tough for a determined business owner. If you’re willing to put in the hard work, you can make your business thrive in any environment. Don’t let anyone tell you otherwise! There are countless examples of businesses that have made it big in markets that were once thought to be impossible. Just think about all of the big names in tech: Apple, Google, and Microsoft all started out in highly competitive markets. With the right team, the right attitude, and they right business model you will thrive!!”