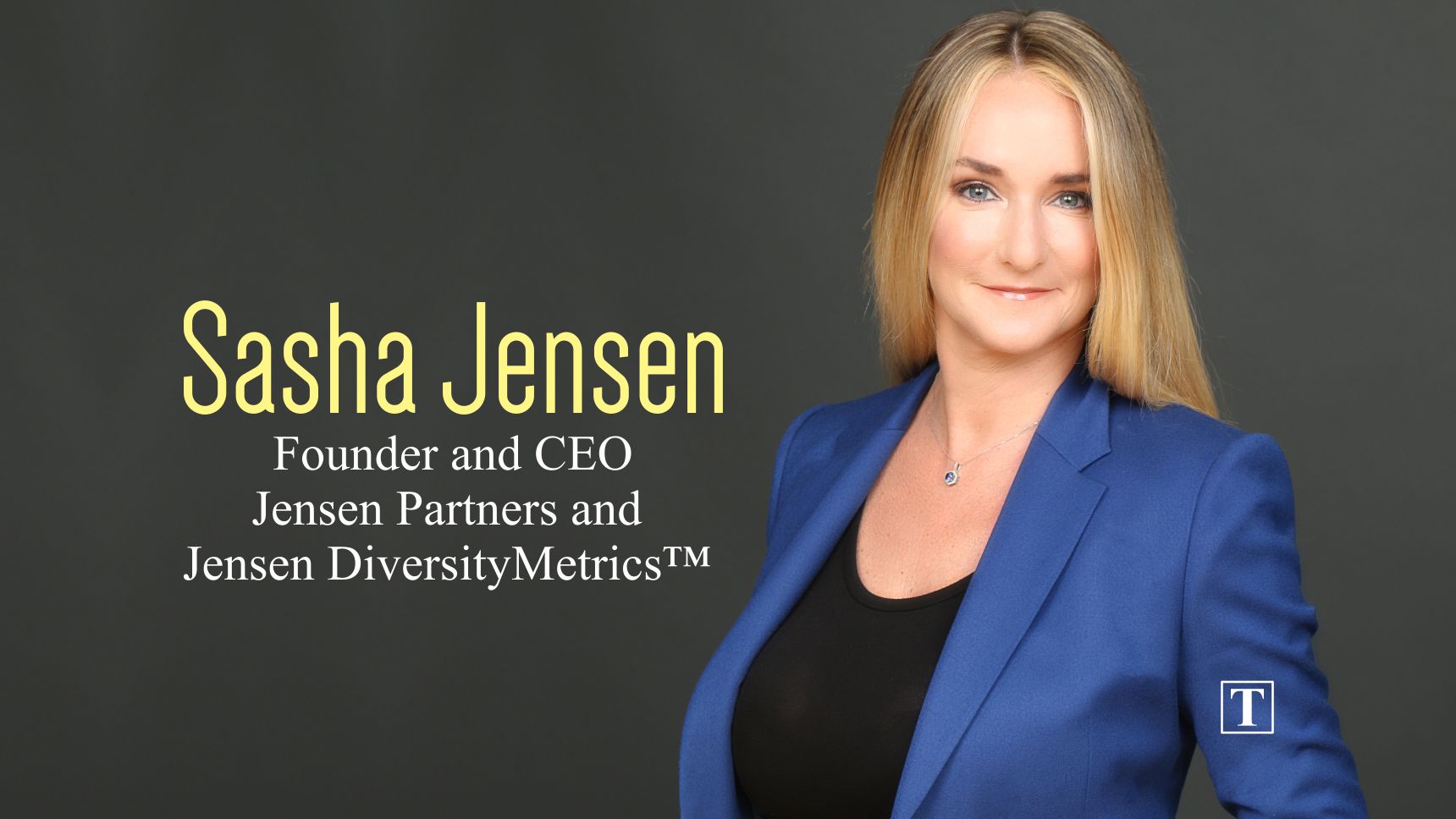 Sasha Jensen is the founder and CEO of Jensen Partners and Jensen DiversityMetrics™, where she leads a team of senior recruitment specialists and data scientists dedicated exclusively to the sourcing, recruitment, and placement of capital raising and investment professionals for leading alternative investment firms.

Sasha began her career as an investigative journalist in South Africa, where she had no shortage of key issues to cut her teeth on. It was during her time as Head of Investigations at the Sunday Independent and Sunday Star newspapers that she found herself drawn to data as a way to tell a story, contextualize the scale of an issue and measure progress.

With the belief that data substantiates an immediate call to action, Sasha transitioned to recruiting, where she began as one of the only female recruiters in an industry dominated by males. Sasha scanned the financial services landscape and discovered an opportunity to focus on the recruitment of marketing and distribution professionals in the alternative asset management industry, at the time still in its infancy.

In 2008, at the beginning of the Great Recession, total alternative assets under management were $3.1 trillion. By 2020, assets had more than tripled to $11.5 trillion as investment firms raised ever-more funds and brought in an ever-larger share of institutional capital.  Much of the credit for this growth belongs to marketing professionals, and Sasha’s focus on those marketers had positioned her at the forefront of an enormous and thriving market. Once Sasha carved out her niche, she found innovative ways to leverage her passion for data and background as an investigative journalist.

Sasha knew that tracking data and intelligence on every professional in the market would help set her apart when it came to recruiting and advising. She began designing organizational charts for her clients and prospects that mapped out the hierarchy at each firm. Over time, this intelligence gathering grew to include demographic information, career history and much more. The data Sasha and her team tracked helped identify top candidates and differentiated the firm’s ability to fill client recruiting mandates.

Over the last seven years, Jensen Partners has received several rounds of institutional funding, experienced transformational growth and expanded in headcount and geography – with locations in New York, Miami, London and Hong Kong. Since 2016, the firm has tracked more than 6,500 marketing moves across the alternative investment industry and applies its ‘big data’ approach to mapping out the entire fund distribution teams at the largest investment platforms, totaling more than 600 firms globally. As the boom in marketing and distribution hiring activity continued across the industry, recruitment proved to be just the tip of the iceberg for Sasha and the Jensen Partners platform.

Making DEI a Core Objective – The Launch of Jensen DiversityMetrics™

Following the murder of George Floyd in May of 2020, diversity, equity and inclusion (DEI) and the woeful underrepresentation of women and people of color in nearly every corner of industry came to the forefront of the national narrative, and widespread protests for racial justice intensified.

To that point, firms had talked about diversity, but few did anything meaningful to change their hiring or recruitment practices. In fact, across the entire pool of distribution professionals at both the junior and senior level, women accounted for just 39.6% of the total, while ethnic and racial minorities accounted for only 22.5%.

For Sasha, the diversity movement stirred up a moral imperative that compelled companies and individuals in positions of power to act. For Jensen Partners, it meant the launch of Jensen DiversityMetrics™, the first enterprise software platform that empower firms to analyze hiring and retention practices, benchmark against competitors, identify biases in workplace culture and develop diverse talent pipelines. It’s also why in November of 2021, Sasha announced that all future human capital searches conducted by Jensen Partners would begin with a candidate pool comprised of at least 51% of candidates who come from underrepresented backgrounds.

Now, it’s clear that DEI has become an imperative for firms seeking to be competitive, whether in the market for talent or the market for institutional capital.

Today, Jensen Partners functions on the principle that diversity is a critical and immediate need in the alternative investment space. Though there is still a long way to go, the path forward is clear. Sasha and the Jensen Partners team aim to help every alternative investment firm through each step of their hiring and DEI journey, and is confident we’re witnessing a movement – not a moment – toward a more diverse and inclusive industry for all.