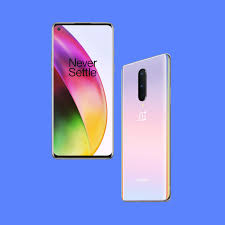 OnePlus has always been producing top-class phones right from their first model, OnePlus 1. Their phones’ performance, camera quality, display resolution has always been outstanding. With the latest release of the OnePlus 8 series in the market, they have gained the spotlight once again.

OnePlus 8 series has got the spotlight no only because of these power-packed features, but also from its latest camera technology, that uses infrared. There are many reasons already to suggest the OnePlus 8 Pro, you now have been given another one.

As per a report published by XDADevelopers, the OnePlus 8 Pro’s color filter camera can be used to see through clothes and can be used for taking pictures of some surfaces in the Photochrome mode to reveal what’s through them. This is basically applicable to those surfaces which allow infrared rays to pass through them.

These conclusions have been supported by other publications also. They included AndroidPIT which claims the fourth camera on the back of the OnePlus 8 Pro can even see through some surfaces such as walls.

Though, history has repeated itself. In 1998, Sony launched a Handycam, a device with some sort of night vision function. ALike the OnePlus 8 Pro camera, Sony’s lens could effectively see-through thin, dark materials, including clothing.