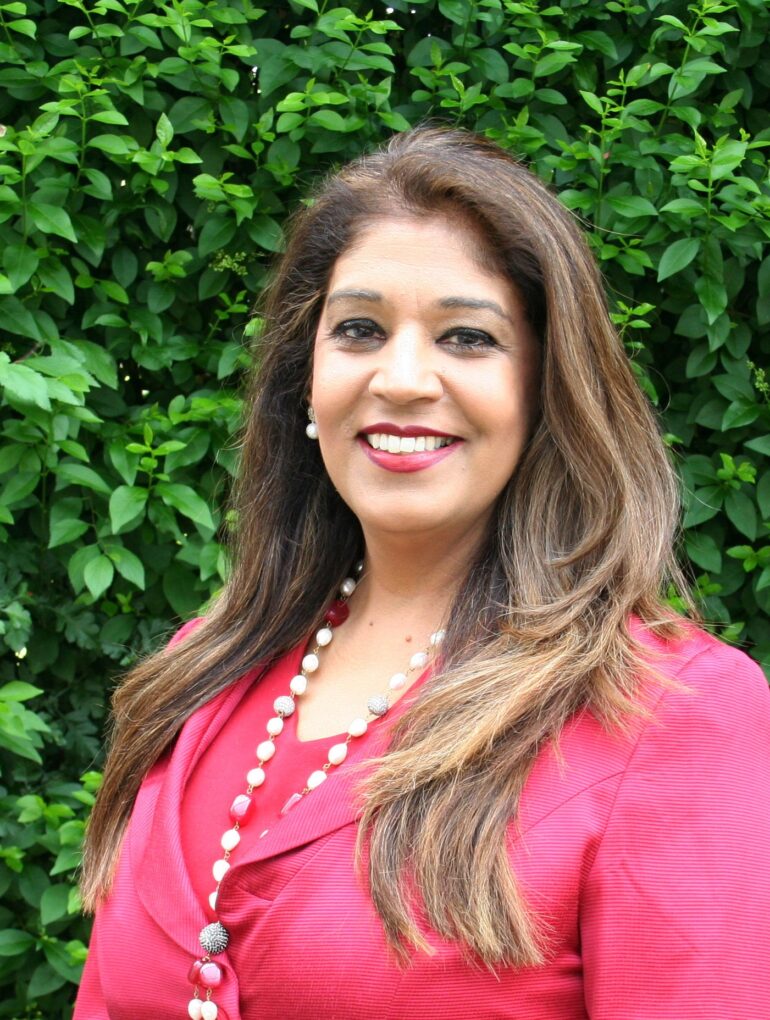 Meet Ritu Sethi The ‎Founder & Senior Partner at ‎The Sethi Partnership Solicitors, Award-winning author of the book “A Woman’s Guide to Having it all Now” (voted the most inspirational book at the London Parliament), Motivational speaker, TV presenter of her own TV talk show “Chai with Ritu”, Radio guest who has also featured regularly in leading publications where she is the ‘go-to’ person for opinions on legal issues and current legislation as well as a commentator on current affairs and the latest news.

Ritu was admitted as a solicitor (England and Wales) and an officer of the Supreme Court in March 1990 after completing her Bachelor of Law (LL.B.) Hons in Bristol. Immediately after being admitted as a solicitor, she not only secured herself a position in an established law firm in London but was invited to become a Junior Partner on qualification the day she finished her training to be a solicitor. She started her own department within the firm working as a Criminal Defense Solicitor and represented clients accused of a range of offenses including murder, drug importation, and fraud.

After the birth of her second child, her Business Partner, Martin, and she decided to set up their own legal practice. Sadly, on Friday 13th May 1994, Martin died of a heart attack, and Ritu was left to set up the firm on her own. On 23rd May 1994, The Sethi Partnership Solicitors was born with a USP “We are in partnership with our clients”.

On setting up the law firm in 1994; with 2 babies and many bills to pay, losing was not an option for her. She read and listened to many interviews of entrepreneurs and business people who had been through adversities. She enrolled on to The Antony Robbins weekend course and found the embers of her fire within were ignited. There was so much to do and so much to achieve for her – the possibilities were endless.

She said “I wanted to be the best version of myself and in this pursuit, I found my uniqueness and that of people around me. In motivating others, I too feel a sense of satisfaction and fulfilment.”

Over the years Ritu battled gender barriers in what according to her is still a male-dominated world. An incident she narrated where she was once locked in a cell with her client who was a rapist. Upon finishing her consultation, the officers delayed opening the cell door and left her there for a prolonged time. When finally released she complained to the Custody Sergeant at Watford Police station who responded saying that, “Women should never be criminal lawyers. You are an occupational hazard!” She took the matter further and influenced the change whereby secure meeting rooms were provided to solicitors for consultations with their clients and they no longer had to be locked in the cells with them.

Over the past 28 years, she worked exceptionally hard to earn a reputation of trust and excellence from her clients, business, and legal colleagues. She built a practice nothing to what it is today. The firm is a highly reputable high street practice advising clients across a broad spectrum of legal matters including employment law, litigation and dispute resolution, commercial property, residential property, family and divorce, wills, trust and probate, business immigration, personal immigration, driving offenses, criminal law and all legal issues.

Asides from the day-to-day legal matters, the firms’ ethos is to never say ‘no’ to any registered charity asking for assistance and so have developed a large network of organizations and individuals who have benefitted from their generosity and mindset of paying it forward. They believe in “When we succeed then all will succeed”. Ritu has supported and played an extremely active part in fundraising 37+ causes/charities based both in the UK and overseas, covering all different areas from supporting poverty, homelessness, and abuse to ensuring access to quality legal services.

She is a recipient of 28 awards including business and legal awards and culminating in being awarded a Lifetime Achievement Award in 2019 for Legal Services.

Some of her accolades includes:

Commenting on the current industry scenario she opined – “It has been a roller coaster ride for most industries. Many law firms of a similar size have closed their doors due to the impact of the pandemic. There has been an evolution in thinking and being committed to an office routine and it is refreshing to witness how people have adapted to a new hybrid working practice. However, since experiencing 2 previous recessions, we were better equipped to have the foresight and made a commitment to our staff that we would not furlough or make any redundancies. Instead, we used the space and time to further expand our service areas and appointed 2 additional Partners to the firm.”

Ritu believes in the power of empathizing. According to her, there are many other law firms their clients to go to, but they come to her firm as they provide an empathetic and personal service. From clients in acrimonious marriages to bereaving over their loved ones with probate matters to obtaining British Citizenship in the immigration department to being made redundant in the Employment Department, to buying their first home or business in the property department. The firm encourages diversity and inclusion, there are many facets to what the firm does, but the client is always their priority.

Her future goal is to help/touch as many lives as possible whether it is through the firm or via charities. The firm itself provides legal advice to over 1000 clients a year. In over 27 years of trading, that is approx.  30,000 clients in one form or another. That is their legacy.

When The Tycoon magazine interviewed Ritu and asked her about How she perceives The role as a mentor to Aspiring women entrepreneurs and professionals she said – “Too many young ladies feel that they have to choose between family and career and my motto has always been that you can have both; in other words, you can have it all. I have witnessed a lot in my lifetime with gender barriers and it is refreshing to see the ‘balance’ being redressed as in the earlier year, the profession was very male-dominated. This is not necessarily the case now.

We continue to motivate and educate the new female-led businesses and entrepreneurs to have the confidence to do what is intended of them. We feel the potential in people and support them to thrive. The firm regularly offers work placements to those at school/college in the community which has resulted in job offers including two new employees working part-time whilst simultaneously studying at university.”

Ritu wrote a book titled ‘Having it All Now – A Woman’s Guide to Having it All Now: An Inspirational Journey’. As a result, she was awarded ‘Author of the best inspirational book’ by IBBF in the London Parliament. The book was launched in London and is a motivational guide to empowering women and helping them to achieve their perfect work / life balance. Ritu has spoken at many corporate female networking events in the City of London and her book has been widely distributed within the organizations such as Aviva Insurance women’s network and such like.

Read her book; A woman’s guide to Having it all now!  –  https://www.ritusethi.com/

About The Sethi Partnership Solicitors

The Sethi Partnership Solicitors is an award-winning law firm priding itself as a trusted law firm since 1994. The firm offers a high-quality personable service to clients in a broad spectrum of legal matters including employment law, litigation and dispute resolution, commercial property, residential property, family and divorce, wills, trust and probate, business immigration, personal immigration, driving offenses, and criminal law.

The firm attracts talented staff from all backgrounds, religions, languages spoken, age, and sizes enabling it to continue to deliver a high level of dedication and commitment to many generations of individuals and business clients. The firm has instilled integrity, loyalty, and fairness and this has been proved via the longevity of employees within the firm. Their multilingual team is proficient in English, Gujarati, Tamil, German, Hindi, Urdu, Punjabi, Farsi, Malayalam, and Hindko.

The firm has maintained high standards by retaining the Lexcel accreditation for Legal Excellence in practice management for 20 years and is also accredited for the Conveyancing Quality Scheme, Family Law Accreditation, and Lawyers for Business.

As a founding and Senior Partner of The Sethi Partnership Solicitors, she has overall responsibility for managing the practice, for client care, ethical and professional standards, financial management, and human resource. She is the corporate figurehead and has navigated the firm through difficult times.