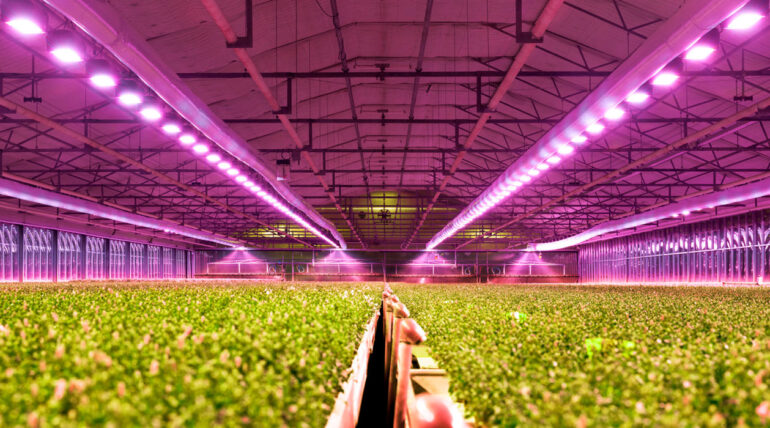 An Atlanta-based horticultural lighting manufacturer, Revolution Micro, has announced the creation of the very first lineup that consists of instrument graxe LED fixtures to propel controlled environment agriculture to a more self-sustaining future.

This new technology does not just help cultivators to grow better crops but was designed from the basics to make sure it lasts for a long amount of time and is able to adapt to any changes in cultivation.

With its programmable spectrum, it allows the cultivators to imitate the lighting requirements of any plant, in many seasons, in any part of the world.

This feature lets the cultivators target the phytochemical development aspect of the plants to produce more nutritious, healthier, and tastier crops by manipulating the spectrum under which they’re grown.

Along with the above, it also saves cultivators money that would take to move the plants to a more compatible place for their growth. It results in more energy-efficient growth.

This programmable spectrum also means that these lights won’t become outdated as the research into the plant light spectrum continues.

The above coupled with a 150,000-hour lifespan, which is a big jump from industry standards of 50,000 hours, means that these lights would be less likely to be replaced when compared to other similar products on the market.

“Beyond considering the significant price of replacing lighting systems several times, growers concerned with operating sustainably should also consider the impact of all of those short-lived fixtures ending up in landfills,” says Marisa McRaney, CEO of Revolution Micro. “The Avici Series saves money, energy, and waste while providing a commercial-grade programmable spectrum — taking it from a lab demonstration to an industry standard.”