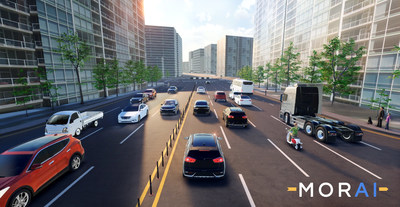 The leading developer of autonomous driving simulation technology, MORAI, has that it will be showcasing its MORAI SIM Cloud at CES 2022. This will allow the creation of a variety of simulations through the cloud without having to face any hardware restrictions and at the same time, allow testing.

MORAI SIM Cloud is a Software as a Service (SaaS) model of the already utilized MORAI SIM, an autonomous driving simulator. Now with the help of MORAI SIM Cloud, users will be available to perform simulation tests on the cloud without having to locally install any software on the computer. This new service will increase efficiency as it allows a large number of simulation tests to be run simultaneously on a single computer rather than multiple.

MORAI SIM Cloud will also be offering a test automation feature that will automatically give out tests to users on the cloud platform and then work out generalized results.

“Based on the cloud-based simulation technology we introduce at CES 2022, MORAI will actively expand domestic and global business opportunities,” said Jiwon Jung, CEO of MORAI. “We will also leverage in-person engagement at this year’s CES as an opportunity to further foster global partnerships and actively engage in sharing autonomous driving simulation technologies.”

Mavix grows its portfolio of gaming chairs with release of M4