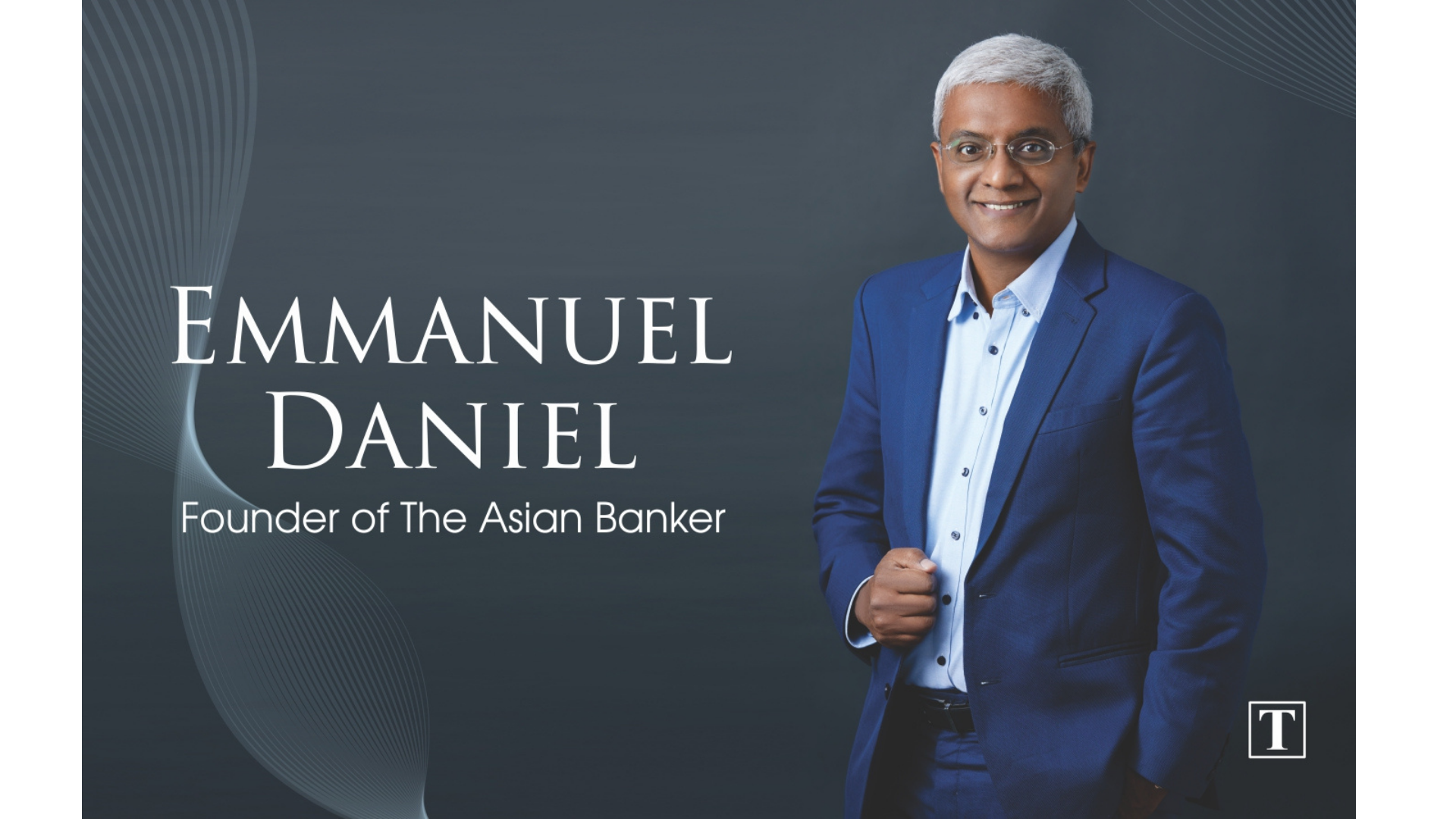 Emmanuel Daniel: Achieving the Extraordinary with the Ordinary

Self-discovery is a wonderful thing. Not only does it make one clear about their purpose, but also gives them insights about themselves and what they are best at. For entrepreneurs, it becomes all the more important as they get to realize their interests and true potential.

When Emmanuel Daniel started his quest for professional life, he saw himself as a lawyer. Two years down the line, he was hit by a realization that being a lawyer was not important for him. He then spent 10 years moving jobs to see what he liked doing the best. He discovered his strong independent streak and his love for traveling, writing, and meeting people. All things combined, he realized publishing would be a suitable career. A job with a European publishing house introduced him to the world of banking and he took to it as fish takes to water. “Banking was what I called a ‘cathedral’ industry – it sits in the middle of any society, you have to deal with it from birth to death and it is run by the most important people in the country, besides the politicians,” says Emmanuel. So he set out to start his own publication called “The Asian Banker” with his own money as well as money from three investors.

The Asian Banker almost went under in year one, and the investors asked for their money back. Emmanuel paid them back and then owned the entire company. The following three years were unprofitable. “It was very painful. I have no idea how I survived. In fact, I must say that in the first three years, I did not know how to hire salespeople. We have freelancers representing us, and they would come back every month telling us that nobody wanted to spend money with us. Then I would go visiting clients and they would spend money immediately. I must say that entrepreneurs are their own best salespeople in the early years of any business. The year 2008-2009 was the worst in the history of the Company when the entire banking industry simply stopped spending money with us for more than three months.”

For the first three years, The Asian Banker(TAB) was just a print publication. Emmanuel started the first banking conference in 1999, and it was so profitable that it was the first time that he realized that the brand had taken a life of its own. In 2000, TAB started its first conference in Hong Kong and then in 2001 in Shanghai, China. Because of Emmanuel’s management consulting experience, banking research and consulting were a natural extension of TAB’s business.

In 2017, Emmanuel started a new title, Wealth and Society. By this time, banking had become passe for him. He wanted to meet high-net-worth individuals (HNWIs) to focus on their philanthropy and impact investments. Today, that includes commitments to the United Nations Social Development Goals (SDG). The clients that spend money with TAB in this area are mostly the private banks, which made for a natural extension of its banking publication business.

Be yourself. Be nothing but yourself every single day of your life. This is what allows others to relate with you and do great things with you.

Today, The Asian Banker is just one of the titles in a stable of digital communities managed by TAB International, the holding company. TAB International manages a range of content and community platforms, including the original The Asian Banker, but also Wealth and Society, The Banking Academy, Statecraft, and others. On each of these platforms provide news, research, consulting, and community services to the various industries, including banking, finance, wealth management, philanthropy, and impact investments.

Living the Entrepreneur Life and Advising it!

Emmanuel believes that there’s no other professional life he would have chosen other than being an entrepreneur. The most important attribute, he thinks an entrepreneur should have, is motivating and mobilizing his people. “It’s a skill that I took a very long time to harness. In my early years, I used to be easily upset when my employees did not see what I saw or shared what I valued. Then over the years, I came to realize that no entrepreneur or company has a monopoly on great staff. The secret is in enabling ordinary people to achieve extraordinary things. Even here, no entrepreneur can achieve this unless he is blessed with people who believe in him or her enough to stay with him over time. I am just grateful today that I have staff who have believed in me, despite ups and down.”

The future of the digital world is clearly in content creation. I am starting a venture fund where we will identify and fund content creators, and then build communities around them.

To the budding entrepreneurs, he says, “Be yourself. Be nothing but yourself every single day of your life. This is what allows others to relate with you and do great things with you.”

The Bustling Industry Teeming with Competition

The information industry has evolved dramatically because of the digital revolution. Nobody pays enough for information alone because the information is practically free today. So it is a ruthless industry. Some social media platforms engender large numbers of followers but these are either fleeting or shallow in terms of value to the audience or in terms of a business model that can scale and grow beyond its founders. Also, increasingly people imbibe knowledge through audio-visual media rather than by reading alone. For this reason, it is important to know how to mix the media and platforms to build a viable business model. It is also important to realize that not everything that is visible or noisy in the information industry is profitable or valuable as a business.

As for competition, Emmanuel says, “I do agree with Peter Theil who wrote in “Zero to One” that a company should not be built on competition. We do have competitors, but all of them copy us, which does not bother me.” The Asian Banker has become a global brand name in its own right since 1996. The banking conference market, which used to be a large source of income, is very crowded and noisy today with many players. Even governments run their own banking conferences, so TAB doesn’t play in it anymore. The team focuses on digital communities which are quieter but much more valuable to the subscribers and much more profitable for them.

Emmanuel’s first book “The Great Transition” is going to be published in 2022. The book is on the future of the financial services industry, and how it will be disintermediated by new technologies. He believes that many traditional banks and financial services industry players will finally be disintermediated as technology enables individuals to access finance from each other directly. This will have important repercussions not just in finance but entire economies.

Having built a business organically that has stood the test of time, the next step for Emmanuel and team TAB is to become an investor in building platforms, content, and communities. “The future of the digital world is clearly in content creation. I am starting a venture fund where we will identify and fund content creators, and then build communities around them,” concludes Emmanuel.