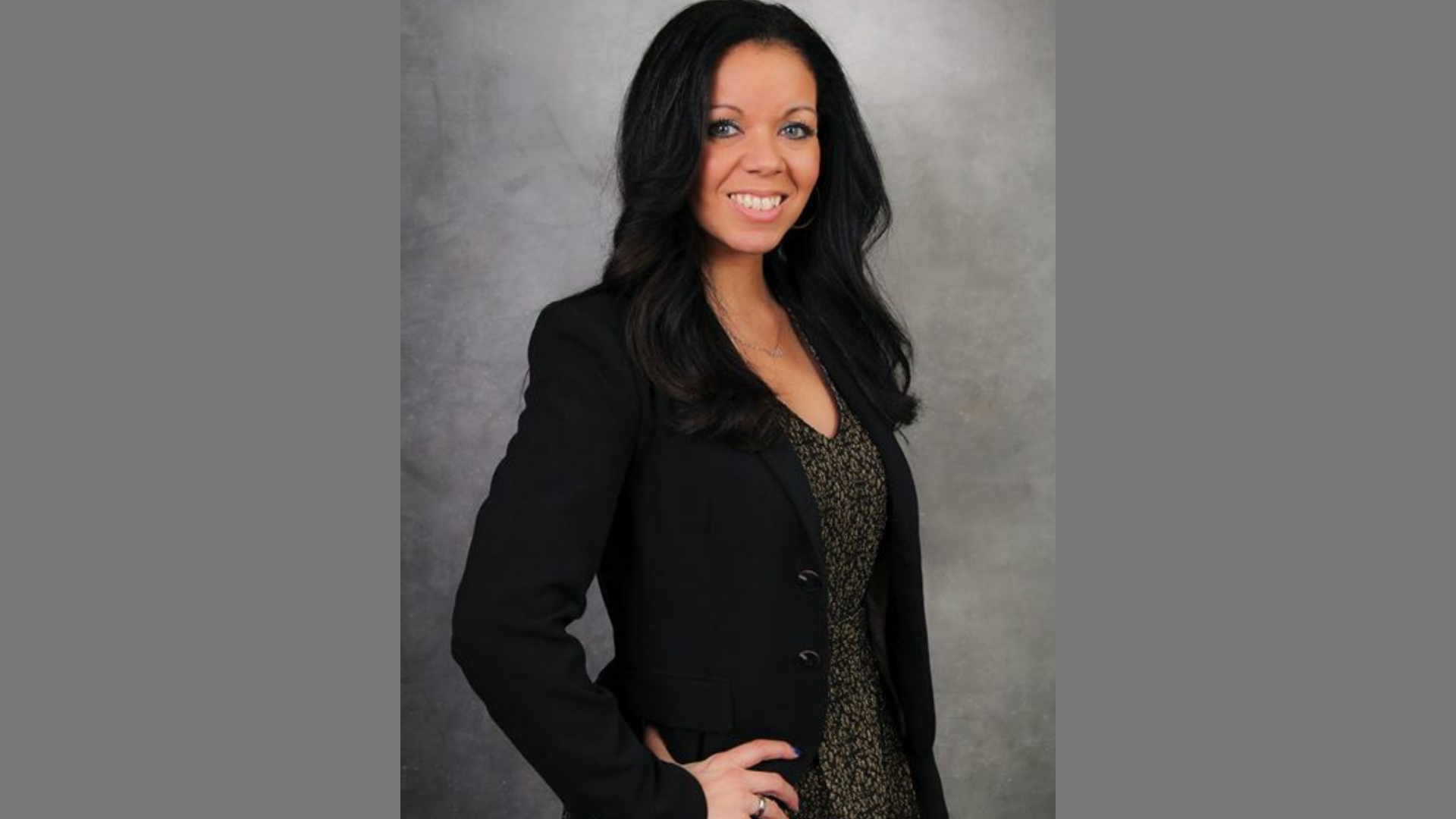 Until the 1960s, women in America were not allowed to hold a bank account without their husband’s permission. Today you would think the situation would be great. But is it? Today women make $0.82 to every $1 made by men and worldwide they still hold 8% fewer bank accounts than men.

Not only that, women might be great at handling the day-to-day finances of their house, but when it comes to long-term financial planning, they still lag far behind their male counterparts. This skewed financial literacy and independence stem from the societal mindset and upbringing. This results in the lack of confidence some women may have in themselves when it comes to money. Thankfully, there are people like Shannon Murree who learned the importance of handling their finances the tough way but are making sure that they look out for women who need assistance. Through The Canadian Women’s Investment Network ™ “Canadian WIN™” Shannon is providing a supportive, educational-based network and a safe, non-judgemental and approachable environment for women to learn about financial security and wealth creation strategies.

So how did it start?

Shannon was raised with love by her single mother in a 700 sqft single-room apartment. She saw her struggle to make the ends meet. She grew up facing challenges day after day. Over 20 years ago, surviving a domestic violence relationship was the ultimate turning point for her when the survival skills – for the sake of herself and her children came into play. That stage made her pause and analyze what she wanted to do.

She then stepped into real estate and took charge of her life completely. Even though she started earning, her experiences in finance and investing were not great. She recalls, “I was not part of any structured organization or membership and though I had successes, also made a lot of high-risk and unnecessary mistakes. Most notably, trusting the wrong people and not doing my diligence so as much as I gained, also lost a lot of money.”

In around 2008 she wrote a blog titled “Prince Charming is Not a Financial Plan”™ and connected with more women who had questions and felt the same way she did. She says, “Being told I can’t do something always makes me question why. Then instead of thinking I can’t, my curious nature wants me to figure out ‘How’. Just because how things USED to be, doesn’t mean that’s how it has to continue to be today.”

The more she thought about it the more she realized that we’re still dealing with inequalities whether gender-specific or race. Two people of two genders having the same education, the same experience is yet getting two different pay grades. Women still have the feeling of carrying everything that they do and putting themselves last. She realized that as confident and resourceful women, they need no “Prince (or Princess) Charming” and do not need to be “saved.”

The blog drew on her personal and professional relationships, also the relationship and comprehension she had about money and investments. It let her connect with more women who had questions and felt the same way that she did. From there, she would hold “Women, Wine and Wealth” symposiums, bringing in experts in their related industries who could help answer women’s questions in a safe, non-judgmental, and welcoming environment. All of this finally culminated into Canadian WIN™.

As an individual who identifies as a woman, and mixed-race Shannon has had her share of facing a multitude of challenges throughout the years and being told “no”. Today, as a leader mentoring other women, she is helping everyone navigate through their challenges by being relatable and sharing her own genuine and authentic experiences. Shannon says, “We’re in the “relationship” business. When I first started, it felt like a lone journey. This is why offering the support of what we do at Canadian WIN™ is so important because all of us have a story or experience and have been there. We want the women to know they’re not alone and don’t have to feel that way.”

Canadian WIN™’s business and support system is based on the experiences of other women who’ve been in various situations. The membership and approach are Philanthropic. Meaning the membership fees are not about generating income for themselves but providing value to the members and the communities. They support other charities and organizations that support and empower women and girls. This gives members the peace of knowing that they offer a “pay it forward system”. They look for those who assist women and girls that empower and support diversity and equality. Whether that’s helping women and youth in shelters that address homelessness or at-risk, substance abuse, re-entry into the workplace or upgrading skills, career development, mental health programs, food programs, women in sports, and more.

‘My mission in life is not merely to survive, but to thrive; and to do so with some passion, some compassion, some humor, and some style’- Maya Angelou.

Having relearned her skills, and restart her life, Shannon considers herself a thriver finding motivation in the words of Maya Angelou and her work at Canadian WIN™. Wanting the best for herself and her children keeps her on her toes she wants to ensure as well,  that her children and their generation are influenced positively and learn much earlier on than she had.

The togetherness that she feels at Canadian WIN™ gives her the power to stride in what used to be a very male-dominated field of real estate and investing. Every day, the group is smashing glass ceilings and helping women take their financial independence and wealth strategies into their own hands.

Women and girls are making headway and advancement but at times it feels like we’re taking two steps forward and five steps back. There’s a lot of historical patriarchy and attitudes that exist. Also, in some ways, the financial and investment world can still very much be misogynistic and created based on old-way thinking attitudes and principles. Shannon feels that challenges, even after all the advancements, persist. Women are still perceived differently when they express their opinions. They are still perceived negatively as being “difficult”, “outspoken”, “rude” whereas the male counterparts are still applauded for being “courageous” “confident” or being told “well done”. Also, the word “Feminism” has taken a bad cognition and has been reduced to denote those in support as man-haters.

Shannon, along with her sisterhood of friends and professionals, is working hard to change that. “We just want to end sexism, sexist exploitation, and oppression to achieve full gender equality in Law, Politics, our respective industries, and well, life and policies in general. We’re not there to prove anything and the benefit is for ourselves and the organizations we serve. We don’t need to be validated and just keep showing up. It’s for ourselves and those we can help and make a difference for.”

Shannon appeals to young ladies to understand, that everyone has an opinion and so they shouldn’t be afraid to have one. She advises them to forge ahead, get the education and knowledge on what is best for them. “Seek out those resources that will support you in your goals and remember always that forward is forward. Some days will be horrible but that doesn’t mean that’s a bad life – that is just a bad moment. Seek out, like-minded people. They’re out there and the mentorship and guidance can start with us (at Canadian WIN™). I know the feeling first hand of having been taken advantage of, being ‘too nice’ and mostly, telling myself ‘I should have known better’, and didn’t heed my own advice of trusting my instinct,” says Shannon.

Shannon wants the world to see them as a support system for women, or however they identify and an inclusive and diverse community. Community is key and how they’re not in this to grab any market share or profit margin. Canadian WIN™’s goal is to be the ultimate network and source for women to come to Connect, Grow and Learn. Whether they have their own satellite group throughout Canada, and perhaps as they grow Globally but know, whether they’re Canadian Women or Women looking to gain more knowledge about the Canadian market, that they are here.

Canadian WIN™ has recently rebranded and is looking to reach and expand the community. They’ve launched a podcast, contributed their expertise to several books, and share their experiences on stage. Things in the last few years have been more challenging and more demanding on women and stress levels have reached their breaking point. Several small satellite groups have formed and what they offer with Canadian WIN™ under the Inspiring Change Podcast and WomenInvest.Ca platform is to be the “one-stop-shop” and the ultimate resource where women need to go to either start their wealth creation journey or expand on it. Those are just a few of the many things and they are limitless and unstoppable. There is a multitude of experts to connect, learn and grow with. On social media, there is no membership fee and is purely about networking and education – a safe, non-selling, and no-pitch zone. “We are women and we know what women want – to take control of their own finances, have support in their own goals, learn wealth strategies that they feel comfortable with and what works for them. We also are very proud of our philanthropic first and pay it forward system that extends well beyond our exclusive community that continues to support our philosophy and mission of empowering women and girls. Equality and equal paying field in all areas, are key” concludes Shannon.