The Ford Foundation doubles its contribution towards Racial Justice 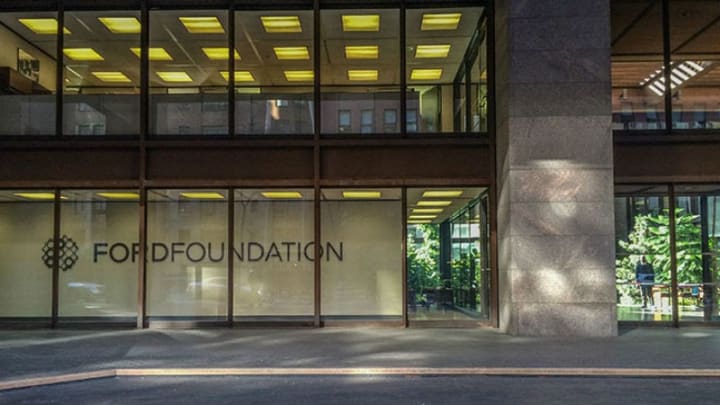 The Ford Foundation has announced that they will be contributing $180 million towards racial justice fight from their historic sale of $1 billion of social bonds. They have taken this when the entire nation is in need of justice for the people of color. They have almost doubled their contribution towards the cause. To uphold their commitment that they have been adhering to for decades, they will be funding to the cause of racial equality by strategic litigation, grassroots organization and systematic changes.

The Ford Foundation is a non-profit grant-making company. It is an independent company, founded approximately 80 years ago, that has been working along with brave warriors for all sorts of social change missions, including reducing poverty across the US and strengthening democratic values. They have offices all around the globe with their main headquarters being in New York. There is no connection of any sort between the Ford Foundation and the Ford Motor Company. They are completely different entities with no financial or authoritative relationship.

Currently, only around 5% of the total funding of Racial Justice in the US is being spent on activities like movements and grassroots organizations. The Foundation has funded the cause in the urgent need of the resources to bring about changes in society.

The Ford Foundation President says, “Our most urgent priority for this infusion of funds is to meet the activists and the litigators where they are, and ensure the groups on the ground at this historic moment of racial reckoning have the resilience and resources they need to help build a truly equitable future for all. I hope this additional funding will not only sustain advocacy groups through the challenging days and months ahead, but also create space for transformative ideas and approaches to advance racial justice. We encourage other funders and donors to support this powerful, dynamic constellation of racial justice leaders and groups leading the charge of building a more just nation.”

“We’re proud to support the organizations, movements and visionary individuals that are building power in their communities to dismantle the structural systems that harm black and brown people. Today’s evolving and growing racial justice movement is more intergenerational and intersectional than ever before – reflecting the confluence of race, gender, sexual orientation, disability and economic status on people’s lives. We are inspired by the diverse organizations working to reimagine what’s possible and realize justice for all,” says the Vice President of the Ford Foundation.

Bridgestone donates an amount of $500,000 to help with transportation for Boys & Girls clubs