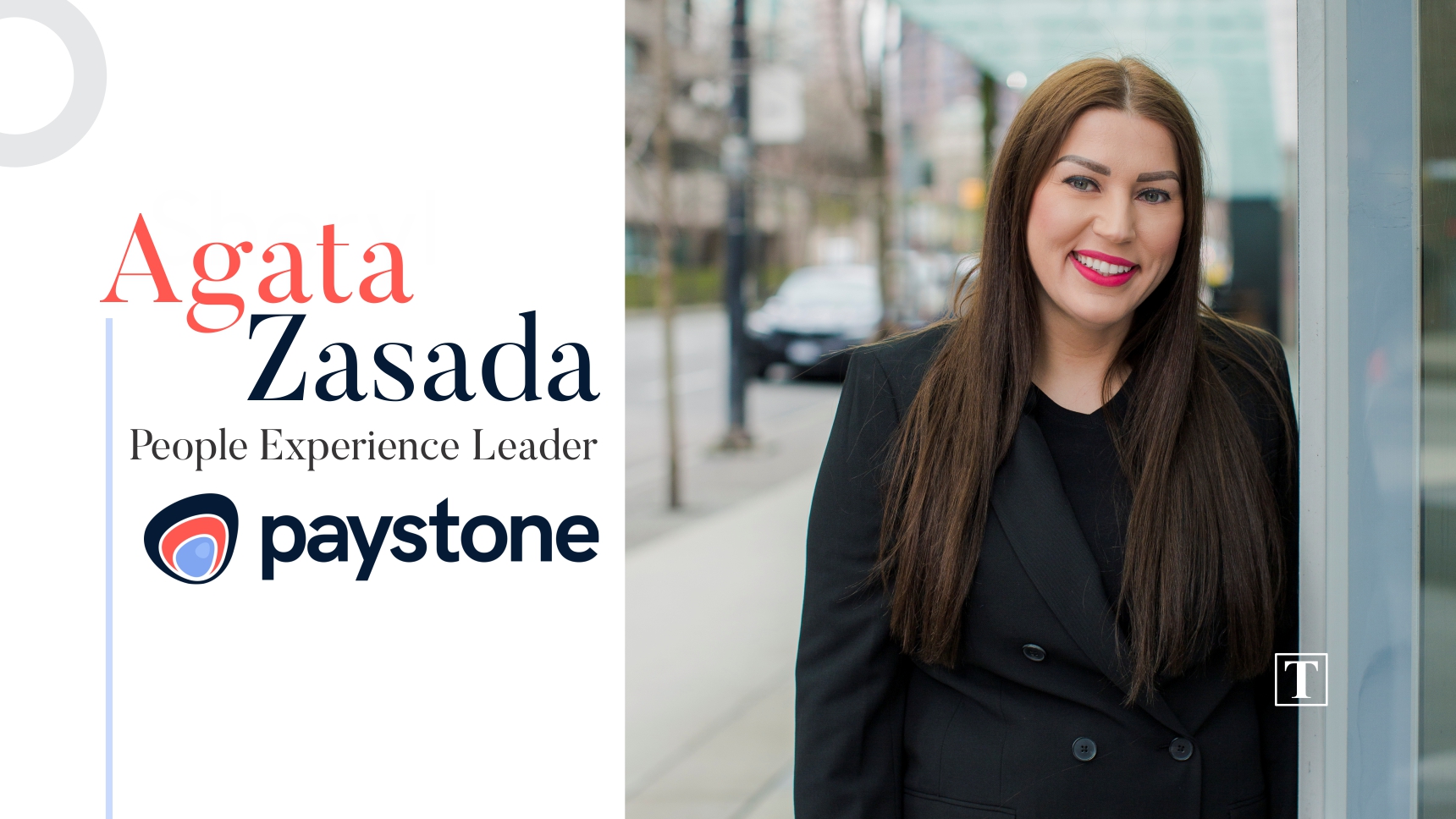 Agata Zasada: Tough on the Problem, Kind on the People

While we may be scared to fail, truth is, failure is as essential as success. To be honest, failures may be more important than success. They are a powerful lesson. Each failure is a potent dose of learning, giving us a reality check and shaping our dreams, actions, and lives.

For Agata Zasada, failure has only helped her to continue to grow. She graduated high school early and on a confident note, skipped a grade only to fail out of her first semester in post-secondary education. She couldn’t continue the year, kept waiting two more semesters to restart from scratch, spent the year sulking and living with the consequences. The incident had a humbling effect on her. She understood the importance of scoring right, but the lesson wasn’t over yet. Over the years, she learned how to work in a team, motivate or influence others and balance herself for the better outcome of the team and not just herself.

Agata fell into Human Resources over 15 years ago when she had exposure to the function at a very young age, working as Technical Support for TV at a call center. After graduating during the economic recession of 2008, she was fortunate to be hired into an organization that was recession-proof: the Vancouver 2010 Olympics. In 2009, she joined lululemon athletica. After 4 years of career climbing, international experience, and many yoga classes, she was headhunted to join a rocketship tech company, Hootsuite. She had an incredible 4.5 years there and learned so much from business, leadership, and globalization. Currently, she works at Paystone and leads the People Experience function (Executive & Senior Vice President of People Experience).

Paystone is a leading North American payment and software company redefining the way merchants engage their customers and grow their businesses. The company’s seamlessly integrated suite of automated payment processing, customer loyalty, gift card solutions, and now reputation marketing, is used by brands such as Irving Oil, The Source, Global Pet Foods, Kernels Popcorn, and many of the MTY Food Group’s restaurant brands. Paystone’s solutions are used at over 35,000 locations across Canada and the United States which collectively process over 10 billion dollars a year in bankcard volume. The fintech company employs over 180 employees and serves as the technology partner of choice for hundreds of partners across North America. 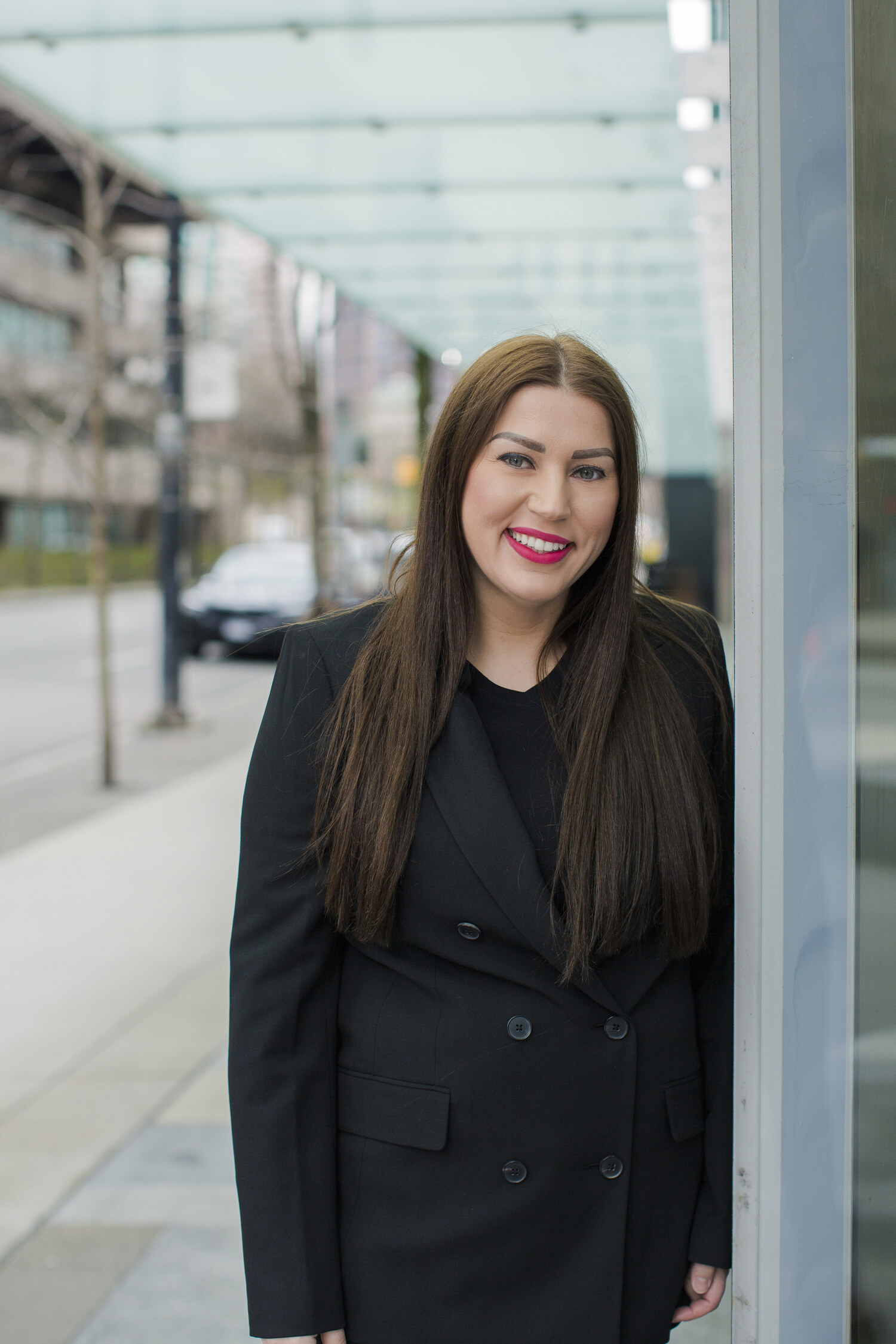 In the tech industry, even 5 years ago, women in leadership roles were still far and few between. Many times, women would have either junior roles or roles that are considered less prestigious. For the first part of her career, Agata struggled to garner respect the way her male colleagues did. To deal with it, she stopped focusing on what she didn’t receive, respect in this case, and instead focused on what she could control, that is her actions, words, and behaviors. This perspective impacted the results that she delivered. Eventually, her work spoke for itself, bringing her respect and she worked equally proficiently to continue to keep it. The change in outlook catapulted her career. “I think because I was seen as a consistent performer, which wasn’t always the case. The difficulty here was it took time, but ultimately it was worth it in the end. It made me better personally and professionally,” says Agata.

Another challenge that Agata faces, just like many other women constantly do as well, is having a voice and being a trusted “smart” advisor. “I sometimes get flabbergasted by how many times a woman’s idea gets brushed aside, but when a male says the same thing (or close enough) it seems like such an original genius idea. How I have tackled this, is mostly head-on. If someone doesn’t seem to be paying attention when I say something, but when a male does, I simply ask “when I recommended this, what could I have done differently to get the same response?” The reason this works is that it’s not insulting to the person who didn’t hear you, and I’ve learned a lot from those responses.”

Agata shares her learning saying some things she has learned and applied are varying, but two that seem to help her immensely are as follows. The first is not to get passionate or emotional when pitching an idea. The second is to lead with context. The context is “what problem are you trying to solve?” (or what opportunity are you trying to exploit?). From here, it’s usually a hop skip, and jump away from a rough return on investment.

What keeps her going?

Agata is motivated by making work and life be the best for as many people as she can help. “Some people are great at one to one, like doctors and nurses, and I’m more attuned to the one to many, where strategy and application come to make magic for as many people as possible. I love making people’s lives better by allowing them to be fully themselves while growing personally and having an impact (to a business, customer, etc),” shares Agata. 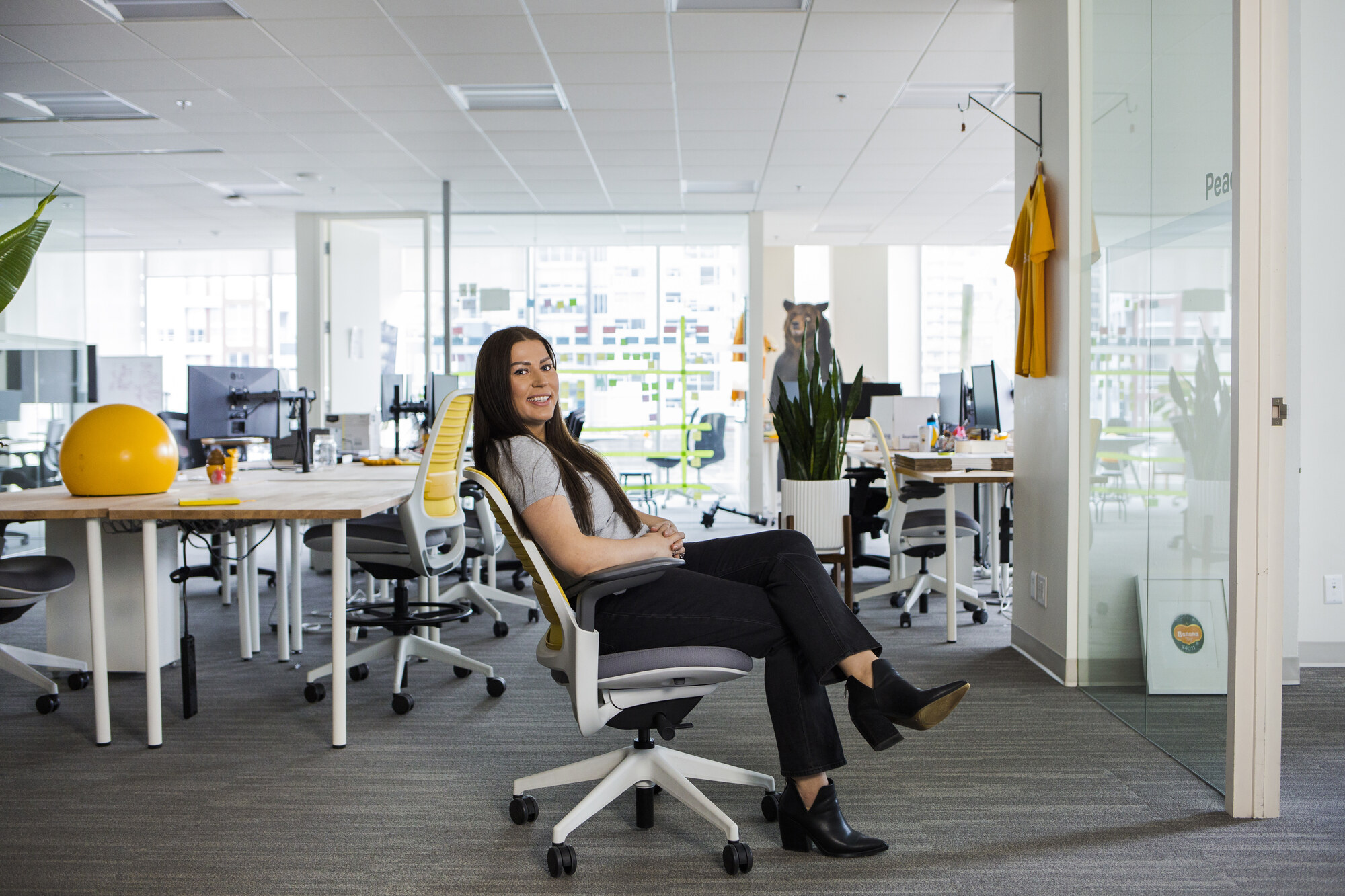 She also believes that one thing that has kept her going even with the stiff competition around is Focus. She has seen both the bad, good, and exceptional performers in hyper-competitive situations. It’s hard to stay focused when there are easy distractions, or competing priorities even, but those who have their eye on an outcome, when they stay focused, can deliver extraordinary results. “I’m always reminded how sometimes software developers (or companies) have to work on something for months for the function (not feature) to be released, but the solution can have an exponential positive impact to customers, employees, and ultimately the company. But if those software developers got distracted every time someone had a new idea or a tweak here and there, nothing would move the mountains. In practice, staying focused is very hard, but once you have critical mass on focus, it can feel like a force with the momentum that can’t be stopped,” she explains.

To the young women across the globe trying to make an impact and grow in their careers, Agata says that they 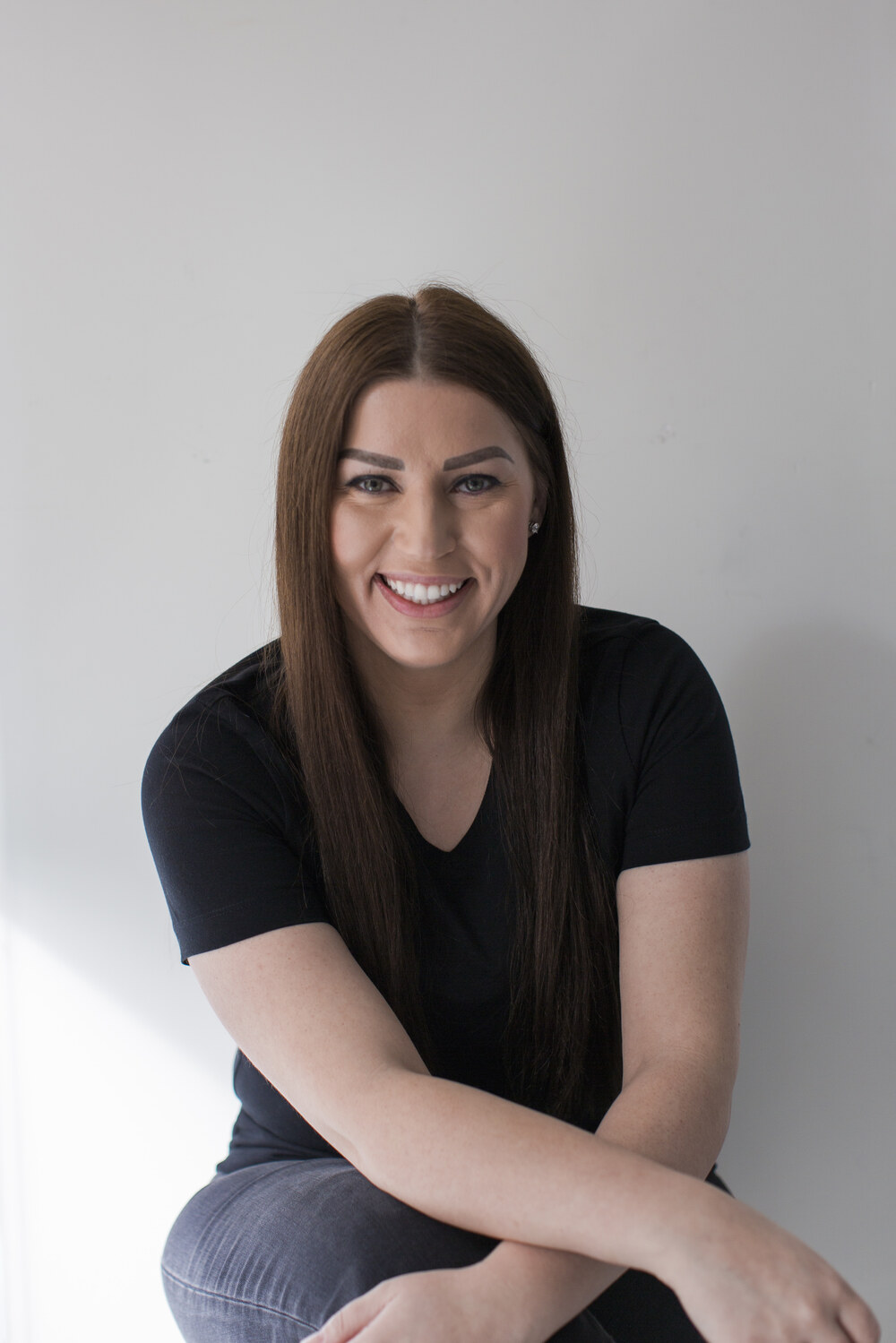 should be comfortable with who they are. “I’ve recently realized that I’m not everyone’s cup of tea, and that is completely okay. When you aren’t a fit for someone or team or company, it is neither a reflection of you nor them. It’s simply not meant to be. The sooner you are comfortable with and even confident in who you are, the faster you will be able to gauge if you are in the right place. I’ve personally felt so much more liberated in life, and would wish that for each woman around the world,” she advises.

The pandemic, Agata believes, has really changed the way she thinks about the future, both personally and professionally. Personally, she strives to be an incredible mother, spouse, and member of her family and friends. “Within the last two years, I turned that focus to being the best version of myself, which means I’m calm, creative, and find joy daily. I’ve let go of what I thought I needed to be and became who I am truly, more so. Professionally, I’ve wanted to pursue leading functions outside the traditional “human resources” function. I’ve never been good at coloring inside the lines, and am ready to do so more formally. One professional goal I’ve yet to achieve is a board member seat,” shares Agata.